Kenwood KDC-BT752HD Bluetooth Through the Front Speakers Only?

A while back I installed a Kenwood KDC-BT752HD in one of my cars to replace the lame unit that came from the factory.  The main feature I wanted was BT audio (A2DP streaming), Pandora functionality and HD radio were bonuses.  I use the Pandora functions much more than I expected I would.

Anyway, as a cheap unit it did it’s job just fine except that the Bluetooth audio only played out of the front speakers.  I upgraded the firmware, but that didn’t help.

It turns out that BT through the front speakers is the default setting in the BT configuration menu.  Why that’s the default, I can’t imagine.

To change it to all speakers:

Next time you play Bluetooth audio you should have all speakers works.

You can see pages 22-24 in the radio’s manual for more details.

Secure Remote Backups on the Cheap

Like many “technically minded” families we have started to accumulate a startling amount of data at home.  A couple hundred gigs of storage on the file server used to be more than adequate.  I did a pretty good job of making sure I had a couple tape backups around in case of drive failure from which the RAID couldn’t recovery.

Since then the storage has grown to several terabytes (mostly DVR content), the tape drive had died and was much too low capacity anyway.  The RAID now has a hot spare and I’ve gotten comfortable having swapped a couple failed drives that this disk is pretty safe.  My concern now is of more catastrophic events such a fire or flood in the house.  To lose all of the family photos, home movies and important documents would be terrible.

UbuntuOne, Dropbox and all of the other cloud storage solutions are very slick for convenient storage and offer free to cheap off-site storage solutions for a few gigs of data.  When you get above 50GB or 100GB, the cost is beyond what I’m willing to pay.  This isn’t a knock on those  services since offsite backups isn’t their goal.  I started doing some selective backups of key documents to Dropbox, but really wanted something better.

My solution?  A secure peer backup solution.  I wanted a cheap “device” to put at a friend’s house that I could backup my data to and in return he/she could give me one to put on my network to do the same.

The initial backup I’ll do locally before giving the setup to the friend.  At the other end the friend has just a couple things to do:

Once I get it working smoothly I create a nice step by step How-To.  I also may test mirrored USB drives for redundancy.

Getting Permanent Marker off a Whiteboard

The other day while taking notes during a conference call I accidentally wrote on my whiteboard with a Sharpie marker. After several minutes of swearing I remembered a tip I had heard years ago.

Using a white board marker scribble over the permanent marker and wait a few minutes. 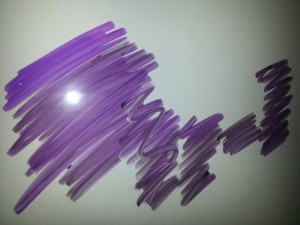 I’m not sure why the dry erase ink causes the permanent ink to release but I’m certainly glad that it does!

To batch decrypt with gpg:

PayPal used to let you create a payment link in addition to the current payment button.  The link was nice for a quick and dirty method when the button wasn’t needed, but PayPal seems to have done away with it.  The link below brings back the functionality. Thanks!

I often want an easy command line way to easily backup a standard definition (non-BlueRay) DVD to and ISO image.  The command line is nice because I can do it remotely on an idle MythTV Frontend machine and can copy the resulting ISO right to the mounted Movies folder.

The information was taken from here: https://wiki.archlinux.org/index.php/Dvdbackup

I hate manually cleaning out all of the old kernels here is a script to do it for you:

This was stole directly from here.

For good measure I run the following after to be sure the grub config is good:

Reboot to make sure everything is OK.

Which much restraint I avoided including several bad un-popped popcorn references.